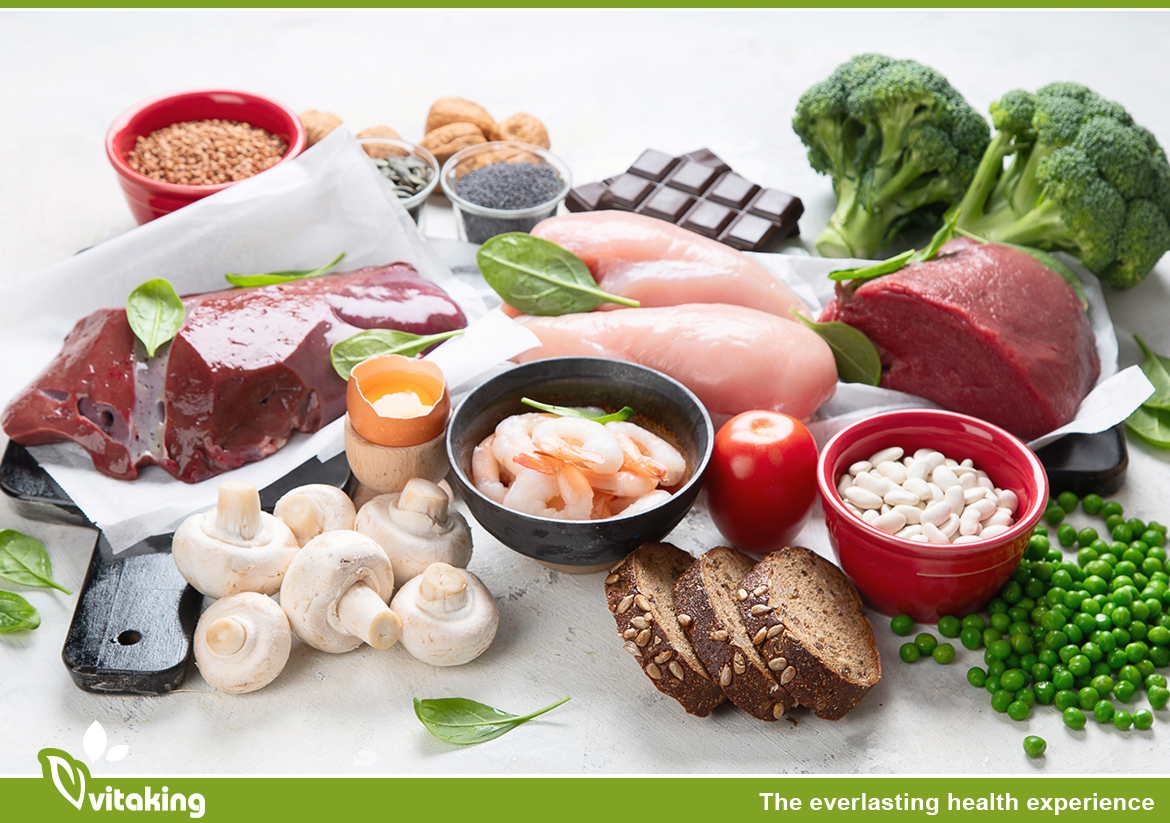 Iron is a mineral that is essential for hemoglobin to function properly. This protein is needed to carry oxygen in the blood. It also plays a role in many other important processes in the body.

It contributes to many vital functions in the body, including overall energy and focus, gastrointestinal processes, the immune system, and the regulation of body temperature. Let’s see in which areas we can feel its positive effects!

Blood volume and red blood cell production increase drastically during pregnancy in order for the body to supply the growing fetus with adequate amounts of oxygen and nutrients. As a result, the demand for iron is also increasing. Although the body usually maximizes iron absorption during pregnancy, inadequate the intake or other factors that affect iron absorption can lead to deficiency.

Low intake increases the risk of preterm birth and low birth weight, as well as low iron reserves, and impaired cognitive or behavioral development in infants. Pregnant women with low iron levels may be more prone to infection because iron also supports the immune system.

It is clear, that supplements are needed for pregnant women with deficiency. However, research continues into the possibility of women consuming it during pregnancy not having low levels in their bodies. They claim that every pregnant woman should consume 30 to 60 milligrams of iron supplements every day of her pregnancy, regardless of the levels.

If our diet does not contain enough iron, it can negatively affect the body’s energy efficiency. It delivers oxygen to the muscles and brain and is essential for both mental and physical performance. Low levels can result in lack of focus, increased irritability, and decreased stamina.

The deficiency is more common among athletes, especially young female athletes, than among those who do not live an active lifestyle.

The deficiency in athletes reduces athletic performance and weakens the activity of the immune system. Lack of hemoglobin can significantly reduce performance during physical exertion as it reduces the body’s ability to deliver oxygen to the muscles.

The symptoms of the deficiency vary depending on the severity and health of the person.

In case of mild to moderate deficiency, we may not experience any noticeable symptoms.

Prolonged deficiency, on the other hand, can lead to iron deficiency anemia. This is when the body does not have enough red blood cells or adequate hemoglobin levels in the blood.

Iron deficiency anemia can cause symptoms such as:

There are also a number of physical signs of deficiency that are worth paying attention to:

What can cause iron deficiency?

Iron is found in a wide variety of foods, including fish, fortified cereals, beans, meat, and green leafy vegetables. It is worth consuming these foods on a daily basis to provide your body with proper nutrients.

National Institutes of Health recommend that adult men receive 8 mg daily of iron and adult women receive 18 mg daily before the age of 50 and 8 mg after this age.

Some diseases and medications can prevent proper absorption, even if one eats a lot of iron-rich foods.

Problems with absorption may include:

Hemoglobin is a protein in red blood cells. It contains most of the iron in the body. Therefore, blood loss can cause deficiency and anemia.

Blood loss can be the result of injury or too frequent blood tests or donations. But it can also occur with certain conditions or medications, including:

Other conditions that cause deficiency include: