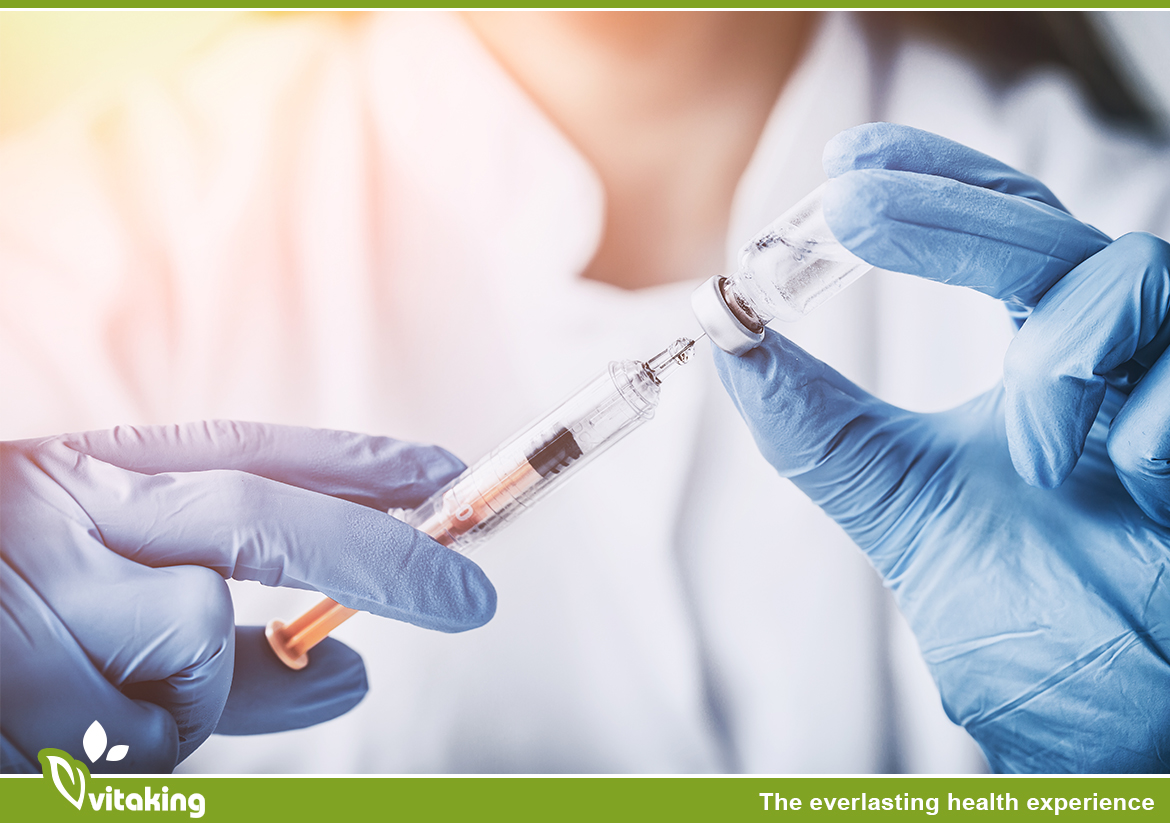 I have recently written several articles on the problems and dangers of the flu shot. Read here about why the flu shot is more dangerous than the flu. You can also read here about how the media-reported flu deaths have been hyped up in order to scare people into the flu shot. Healthcare decisions, in general, can be complicated. The vaccine decision is even more complicated due to the vast amount of conflicting information. Before you make these decisions, I urge to move past the hype and get the facts!

Most importantly, you must know that your body is intelligently designed to fight the hundreds of influenza viruses that cause the flu. Your immune system is amazingly well equipped to help you prevent colds, flu and even cancer. Developing a flu-proof immune system is an essential part of your health plan this year. You can stay well! Even if you do get sick, you can overcome the flu and heal.

This astounding report was written by Mary Tocco, independent vaccine investigator. She reveals the truth about this years influenza vaccines and the facts that the pharmaceutical industry and the CDC do not want you to know. This is information provides facts not hype. It is exactly what you need in order to confidently make your decision about the influenza vaccine.

Influenza Vaccine Facts They Don’t Want You to Know!

The 2013-2014 Influenza vaccines have been approved for use and will contain Thimerosal (Hg, mercury) and are recommended for every child, adult and pregnant mother. Here are the 5 different influenza vaccines:

Please keep in mind that one (1) microgram (μg) equals 0.0010 milligram (mg). Often physicians refer to the “trace” of thimerosal as safe and even healthy! The way to compare what a trace is in a vaccine is to compare to what is considered safe and allowable in our environment: water, liquids and foods we eat and compare the levels in the vaccines they encourage us to inject.

Boyd Haley, Professor and Chair, Dept. of Chemistry, University Kentucky and mercury specialist in 2001 was responding to the statement that the mercury in vaccines is safe and he said the following, “A single vaccine given to a 6 pound newborn (containing thimerosal) is the equivalent of giving a 180-pound adult 30 vaccinations on the same day.”

Fact #1: Over 200 viruses can cause influenza and influenza-like illness which produce the same or similar symptoms. Unless you have laboratory tests, doctors cannot tell the illnesses apart. All these related illnesses can last for days and rarely lead to death or serious illness unless a person is immune compromised. Vaccines usually contain only three (3) viruses that were chosen to be included in vaccines many months before a flu season begins, so it is a guessing game as to which flu strain will actually occur.

Fact #2: Currently, there are no studies tracking people who get the vaccine and get sick with flu symptoms or other reactions including death, which should be made for proper disease diagnosis, data collecting and controls. When reported to doctors, people are told that they can’t catch the flu from the vaccine. I personally have had hundreds of people share their stories with me including stories about people who have died following the vaccine. Stories of paralysis, narcolepsy and febrile convulsions, neurological problems and pregnancy miscarriages are common. Nurses who work in the hospitals are witness to the numbers of people who come in to the emergency room very ill after the influenza vaccines.

Fact #3: Death rates from influenza are combined with people who are immune compromised and actually die with pneumonia, a complication of contracting influenza.

Fact #4: Prior to implementing the pediatric flu vaccine in 2003, pediatric deaths from influenza were decreasing. The CDC recommended universal influenza vaccines for children in 2003. According to the Center for Disease Vital Statistics and the MMWR Annual Report, deaths have increased, indicating flu vaccines are not as effective as advertised:

Fact #5: Influenza death rates are greatly exaggerated at the beginning of each flu season to drive people to get the vaccines. The common figure of 35,000 deaths per year is not true and has not been the true number for many years. A more accurate figure is closer to 20, 000 deaths per year nationally from influenza, and majority of time it is people who are immune compromised with other chronic/acute illnesses. The main reason for death is pneumonia, not the flu but the statistics are blended together to make it appear worse than it is. In the book, Vaccine Safety Manual (pg. 97) by Neil Z. Miller, he carefully examined the true statistics published in the Mortality Morbidity Weekly Report and found the actual deaths from pediatric influenza as noted above years 1999-2003.

Fact #6: National Coalition of Organized Women studied the numbers of pregnancy miscarriages following the H1N1 2009-2010 influenza vaccine program and found a 20-plus-fold increase in miscarriages compared to the previous flu-vaccine-associated-miscarriages in 2007-2008 and 2008-2009 flu season. The H1N1 influenza vaccine contains thimerosal, a form of ethylmercury that was supposed to be removed from all vaccines after Congressional Hearings. (Government Reform Committee Hearings on Autism and Vaccines 2000-2003) Thimerosal is in all multi-dose vaccine vials.

Fact #7: When children die of influenza, they never look to see if that child was fully vaccinated (normal childhood vaccinations) previously resulting in immune suppression or compromise or if they had just received the influenza vaccine. The media uses a few unfortunate deaths to scare people into getting the flu vaccines. They also reference “pandemic” when in fact the numbers are low and do not qualify as a true pandemic, whose definition was changed by the World Health Organization (WHO in 2009).

This was exactly what happened in the 2009-2010 world-wide influenza H1N1 season.

Fact #8: We were told the lie by the government that the H1N1 virus was a “never before seen virus” in 2009-2010 fake pandemic year. Pharmaceutical companies have been producing influenza vaccines for many years and have been giving people the H1N1 virus since 2006-2007 in 2 vaccines:

This new virus was bioengineered in a lab as are all the influenza vaccines. They are combining viruses that would never show up in nature. This is  what I refer to as “FrankenScience” and is extremely dangerous. By introducing these to the world, they are assuring some crazy outbreak eventually as people’s immune systems malfunction.

The Cochrane Reviews have summarized data about the benefits and harms of several interventions for preventing and treating influenza. These comprehensive reviews provide valuable information for patients, doctors, and healthcare decision-makers. I encourage people to pull it off the Internet and read the entire review but here are some of the highlights of the report exposing the lack of safety and lack of effectiveness.

Influenza Vaccine Ingredients may contain all or some of the following toxic vaccine additives (adjuvants) [CDC – Vaccine Excipient & Media Summary]:

“The vaccine decision is a very complicated decision to make when you consider the conflicting information given out by doctors, the media and our Center for Disease Control. I encourage people to learn all they can about the role of natural immunity through natural exposure to infectious illnesses, plus proper nutrition and supplementation to enhance the immune system. Credit is being given to vaccines for improving the health of people across the globe and this researcher feels that there are many other influences that need to be considered. Being a parent carries a huge responsibility to educate ourselves and protect our children, and that means keeping them safe from neurotoxins and toxic chemicals via pollution and vaccines.”

Crowned, “America’s Outstanding Mom 2013“, Mary has 5 grown adult children and 5 grandchildren.  Mary Tocco is an independent vaccine investigator, international conference speaker and educator, radio host of “Healing Our World”, Republic Broadcasting Network, on the board of the World Association for Vaccine Education (WAVE) (Novaccines.com) Director of Vaccine Research and Education for Michigan Opposing Mandatory Vaccines (MOMVaccines.org) and is referred to as the Erin Brokovich of the vaccine industry. For more information visit www.ChildhoodShots.com

This report was written by Mary Tocco of www.ChildhoodShots.com and can be copied and dispersed providing the content is not changed. This report is to help inform parents on the dangers of the influenza vaccine and to help them discover the truth about vaccines: They are not tested for safety; they suppress natural immunity and can lead to chronic illness and death.

Please copy and share with people in your community.