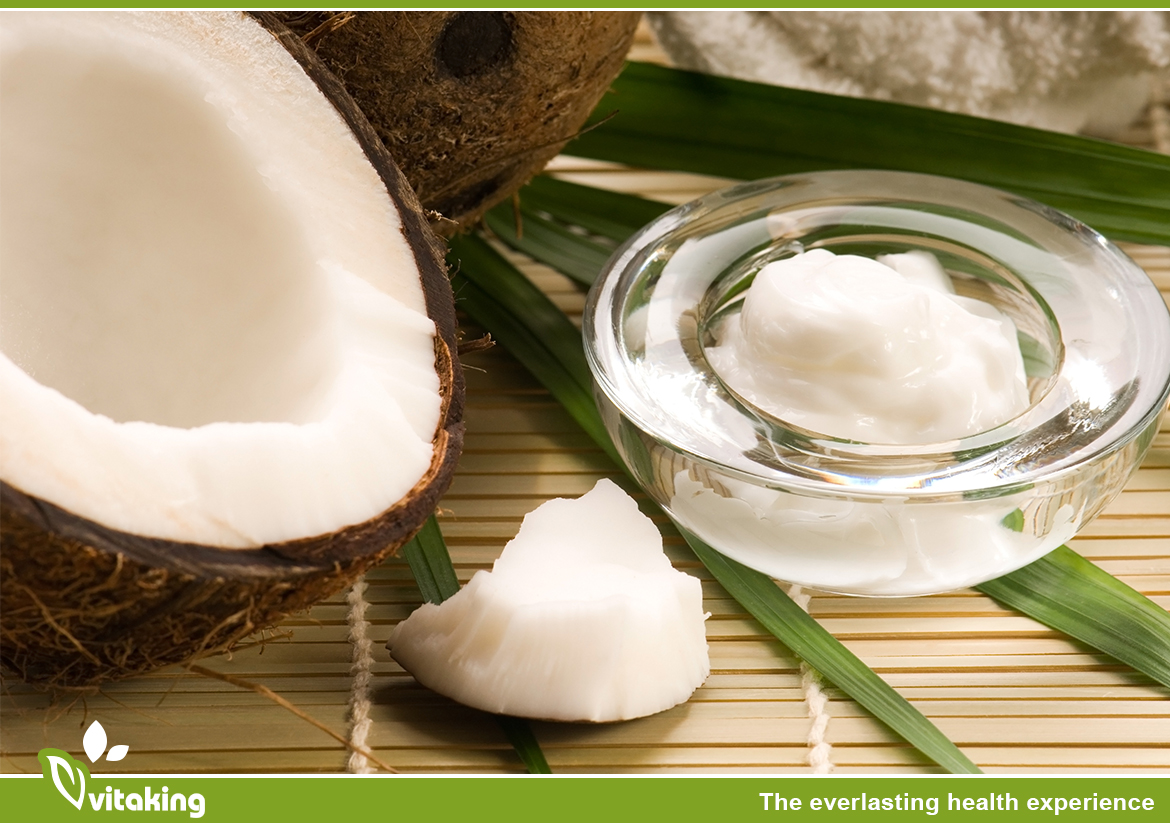 Coconut oil, from the research I have done, is by far the best of the best. I was pleasantly surprised to learn that the benefits of coconut oil include hair care, skin care, stress relief, maintaining cholesterol levels, weight loss, increased immunity, proper digestion and metabolism, relief from kidney problems, heart diseases, high blood pressure, diabetes, HIV, cancer, dental care, and bone strength.

When I read all this I thought I was reading about organic sulfur crystals. So, delving further, I learned that coconut oil is sulfur based. When seeing bottles of coconut oil in stores that were cool from air-conditioning, I noticed that the oil was not liquid but solid. Upon further examination, the solid oil looked like tiny crystals.

But, being an oil and not something that would be consumed frequently in more than minute quantities, coconut oil is extremely beneficial over a long period of time as opposed to the immediate benefits of ingesting organic sulfur crystals on a regular daily basis.

That being said, the following will put into perspective why coconut oil should be added to one’s diet regimen. In the past, there was strong propaganda by the corn and soy oil industries against coconut oil because it was hurting their business and their profits.

Their allegations were that due to coconut oil’s high saturated fat content it was harmful to one’s health. Yet, this oil has been used extensively in tropical countries like the Philippines, India (it is used extensively in the Ayuevedic system), Thailand, etc. for generations with no adverse side effects.

Coconut oil was also very popular in the western countries like the U.S. and Canada but they succumbed to the propaganda and cut back on its use only until the early 2000s when the propaganda was questioned and seriously looked into. What they discovered brought back coconut oils’ popularity.

The benefits of coconut oil is due to the presence of lauric, capric, and caprylic acids in it and the antimicrobial, antioxidant, antifungal, and antibacterial properties inherent within the oil. Our bodies convert the lauric acid into monolaurin, which fights the viruses and bacteria associated with herpes, flu, HIV, listeria, and giardia.

Despite coconut oil being more than 90 percent saturated fat, most of which are medium chain triglycerides, the lauric acid is the chief contributor to its assimilation. It also is rich in linoleic acid, oleic acid, poly-phenols, which are responsible for its fragrance and taste, vitamin E, vitamin K, iron, and organic sulfur.

For hair, coconut oil promotes healthy growth, keeps hair shiny, reduces protein loss, eliminates dandruff when used in head massage, provides essential proteins for nourishing damaged hair, is an excellent conditioner, helps in the re-growth of damaged hair, and helps in keeping the hair free from ukus (Hawaiian for lice and bugs). It is applied topically after bathing.

For skin, it is a great moisturizer, prevents skin dryness, flaking, delays wrinkles and sagging, helps in treating psoriasis, eczema, and other skin infections. As such, coconut oil is the foundation of body care products like soaps, lotions, creams, etc.

For heart disease, despite its high saturated fat content, the lauric acid helps in preventing heart problems including high cholesterol and high blood pressure. Unlike other vegetable oils, the saturated fats in coconut oil are not harmful and does not increase LDL (bad cholesterol) levels) and in reducing injuries in the arteries is effective in preventing atherosclerosis.

For weight loss, the short and medium-chain fatty acids help if taking off excessive weight. It is easily digested, promotes healthy functioning of the thyroid gland, increases body metabolism by reducing stress on the pancreas, and burns more energy, which equates to weight loss.

For digestion, its internal use is as a cooking oil. It improves the digestive system, prevents various digestive related problems including irritable bowel syndrome, the saturated fats, with their anti-microbial properties, help in dealing with bacteria, fungi, and parasites that cause indigestion, and it helps in the absorption of other nutrients like vitamins, minerals and amino acids.

For the immune system, the anti-microbial fats, lauric, capric, and caprylic acids, through their antifungal, antibacterial, and antiviral properties, strengthen the immune system. The lauric acid, which is converted into monolaurin helps in dealing with viruses and bacteria that cause herpes, the flu, HIV, and giardia.

For healing infections, coconut oil protects the infected part of the body by forming a protective covering preventing the entry from dust, air, fungi, bacteria, and virus. For bruises, it speeds up the healing process by repairing the damaged tissue.

But wait, there’s more. Coconut oil reduces the work load on the liver and prevents the accumulation of fat; it helps dissolve kidney stones; it is useful in treating pancreatitis; helps with mental fatigue by massaging the head with it; it is effective in utilizing blood sugar thereby preventing and treating diabetes; because it facilitates the body’s absorption of calcium it strengthens the teeth and stops decay.

Because coconut oil contains lesser calories than other oils, its fat is easily converted into energy, does not lead to an accumulation of fat in the heart and arteries, boosts energy and endurance, and enhances athletic performance.

If the oil is in its solid form and you want to use it topically, just melt it down to its liquid form. You can do this by putting some in a small bowel and putting it in the sun, or by putting the bottle in warm water, or heating some in a container over a low heat. Under no circumstances use a microwave! A microwave will change
the molecular composition, as it does with food, and makes it into something that the body has no idea of what it is consuming. Is this euphemistically saying to throw out your microwave? YES!! If you don’t really care about your health, keep it.

Oh yeah, the reason it’s so great for cooking is because of its high heat tolerance. Because of this, and unlike other vegetable oils, it will not become rancid from high heat.

If you reflect upon coconut oil’s incredible health benefits, it’s like reading the benefits of the organic sulfur crystals. Using both on a daily basis will change your health forever. Imagine!